Lewis Sorley is graduate of West Point with a doctorate in history from Johns Hopkins University and an American intelligence strategist and military historian. In A Better War, he argues that the ... Consulter l'avis complet

A profound, masterful, and unique history of the Ameican military's efforts in the Vietnam War during the period after the Tet Offensive in 1968, when General Abrams replaced General Westmoreland as ... Consulter l'avis complet

Lewis Sorley is a third-generation graduate of the United States Military Academy who also holds a PhD from the Johns Hopkins University. He served in Vietnam, and in the Pentagon in the offices of Secretary of Defense James R. Schlesinger and Army Chief of Staff General William C. Westmoreland. He also taught at West Point and the Army War College. He is the author of five highly-regarded works of military history. 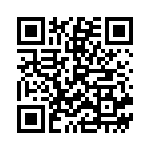