A classic work on the dismissal of intellectual practices in America, differentiated from similar (but less prominent) movements in other parts of the world. The work was written during the Kennedy ... Consulter l'avis complet

This book seems in many parts, though published 50 years ago, to have been written yesterday. I'm not sure how to start summarizing it, so I won't try; I'll merely say that, having just finished it, it is going immediately into my "re-read" pile. Consulter l'avis complet

DeWitt Clinton Professor of History at Columbia University from 1959 until the time of his death, Richard Hofstadter was one of the most influential historians in post--World War II America. His political, social, and intellectual histories raised serious questions about assumptions that had long been taken for granted and cast the American experience in an interesting new light. His 1948 work, The American Political Tradition, is an enduring classic study in political history. His 1955 work, The Age of Reform, which still commands respect among both historians and general readers, won him that year's Pulitzer Prize. A measure of Hofstadter's standing in literary and scholarly circles is the honors he received in 1964 for Anti-Intellectualism in American Life (1963)---Pulitzer Prize for general nonfiction, the Ralph Waldo Emerson Prize of Phi Beta Kappa, and the Sidney Hillman Prize Award. Hofstadter's greatest talent, however, may have been his ability to order complex events and issues and to synthesize from them a rational, constructively critical perspective on American history. 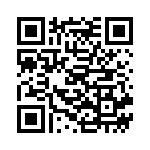