Humphrey Carpenter was born and educated in Oxford, and attended the Dragon School and Keble College. He was a well-known biographer and children's writer, and worked previously as a producer at the BBC. He wrote biographies of J. R. R. Tolkien, W. H. Auden, Benjamin Britten, Ezra Pound, C. S. Lewis and Dennis Potter. Among his many books for children were the best-selling Mr Majeika series. He also wrote several plays for the theatre and radio. A keen musician, he was a member of a 1930s-style jazz band, Vile Bodies, which was resident at the Ritz Hotel in London for a number of years. He died in 2005. 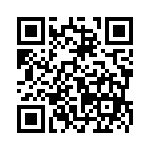