William A. Niskanen, Jr., is chairman of the Cato Institute. He is a Harvard and Chicago trained economist and has served as director of economics for the Ford Motor Company. A specialist in the analysis of government expenditures and management, Niskanen has served with the RAND Corporation, the Department of Defense, and the Institute for Defense Analysis. He was recently awarded a lifetime professional service award from the University of Chicago. 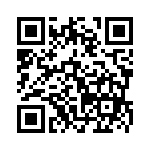