Martin Kaupp is Professor at the Institut f³r Anorganische Chemie at Universitõt W³rzburg. He was born in Stuttgart and studied chemistry in Stuttgart and Cincinnati, before carrying out his PhD thesis in Erlangen. After postdoctoral work at Max-Planck-Institut f³r Festk÷rperforschung in Stuttgart and at Universitķ de Montrķal, Canada, he completed his habilitation in Theoretical Chemistry in Stuttgart, before moving to W³rzburg in November 1999. His wide research interests include development and applications of quantum chemical methods to calculate NMR and EPR parameters, density functional theory, relativistic effects, bioradicals, and various aspects of computational bioinorganic, inorganic, and organometallic chemistry.

Michael B³hl is Research Associate in the Theoretical Department of the Max-Planck-Institut f³r Kohlenforschung in M³lheim/Ruhr (Germany) and lecturer at the University of Wuppertal. He was born in W³rzburg and did his studies in Erlangen including his thesis. He was a post-doctoral fellow at the University of Georgia, Athens, GA (USA), then pursued his habilitation at the University of Z³rich, before moving as a Heisenberg fellow to the MPI in M³lheim in 1999. He is interested in computational chemistry and applications to transition metal complexes, NMR parameters, and catalysis.

Vladimir G. Malkin is a Leading Research Scientist at the Institute of Inorganic Chemistry of the Slovak Academy of Sciences (Bratislava, Slovak Republic). He was born in Russia and carried out his studies of Physics in the Novosibirsk). He was an Alexander von Humboldt fellow at the Ruhr-Universitõt Bochum, Germany before he was working at the Universitķ de Montrķal, Canada. His major interests include development of quantum-chemical methods for non-relativistic and relativistic calculation of NMR and EPR parameters using Density Functional theory as well as new general approaches in quantum chemistry. 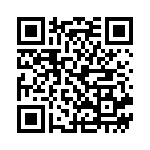