Sahr Conway-Lanz is a historian and archivist. He holds a Ph.D. in the history of American foreign relations from Harvard University. 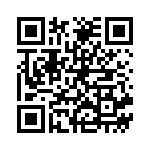