Sir Fred Hoyle (1915-2001)
Sir Fred Hoyle was a famous English astronomer noted primarily for the theory of stellar nucleosynthesis and his often controversial stances on other scientific matters-in particular his rejection of the "Big Bang" theory, a term coined by him on BBC radio. He has authored hundreds of technical articles, as well as textbooks, popular accounts of science and two autobiographies. In addition to his work as an astronomer, Hoyle was a writer of science fiction, including a number of books co-written with his son Geoffrey Hoyle. Hoyle spent most of his working life at the Institute of Astronomy at Cambridge and served as its director for a number of years. He was knighted in 1972 and died in Bournemouth, England, after a series of strokes. 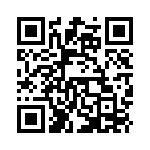