Roopali Mukherjee (Editor)
Roopali Mukherjee is Associate Professor of Media Studies at the City University of New York, Queens College, and the author of The Racial Order of Things: Cultural Imaginaries of the Post-Soul Era.

Sarah Banet-Weiser (Editor)
Sarah Banet-Weiser is Professor and Head of the Department of Media and Communications at the London School of Economics. She is the author of four books, including Authentic(tm): The Politics of Ambivalence in a Brand Culture (2012), which won the International Communication Association's Outstanding Book Award, The Most Beautiful Girl in the World: Beauty Pageants and National Identity (1999), Kids Rule! Nickelodeon and Consumer Citizenship (2007), and Empowered: Popular Feminism and Popular Misogyny (2018). She is the co-editor of Cable Visions: Television Beyond Broadcasting (2007) and Commodity Activism: Cultural Resistance in Neoliberal Times (2012), both available from NYU Press. 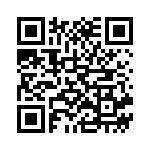