This is the first book that I have read on the Cuban Missile Crisis. The authors outline the crisis and explain why Russia shipped missiles and troops to Cuba why the U.S. reacted the way that it did ... Consulter l'avis complet

NORMAN POLMAR is a regular commentator on the Discovery, A&E, and History channels, and the author of more than forty books on naval, aviation, and intelligence subjects. He has served as an advisor or consultant on defense issues to three U.S. senators and two members of the House of Representatives, as well as to several Navy and Defense officials.

JOHN D. GRESHAM collaborated with Tom Clancy on his bestselling series of guided tours of military units, such as Submarine and Special Forces. He is also the coauthor of an upcoming book on the Special Forces during the war in Afghanistan. 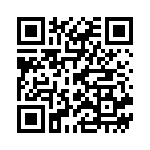