A MUST HAVE Book for Pet Owners

Book is extremely informative! This is truly a Book of Knowlege for all pet owners and lovers!! I learned some important things from just glancing through it!! A terrific book to have & keep around the house! Consulter l'avis complet

this is a must have book for anybody who owns a dog. Easy to use and provides great information. I was able to diagnose my own dog with this book and when I took her to the vet he spent less time ... Consulter l'avis complet

Debra Eldredge, DVM, has won writing awards from both the Dog Writers Association of America and the Cat Writers' Association. Dr. Eldredge has practiced for more than twenty-five years at a small animal clinic. In addition, she is a regular columnist for Dogs in Review and is very active in the world of dog sports, participating in agility, flyball, and herding, just to name a few. 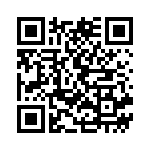