David Gillespie teaches Russian language and culture at the University of Bath, England. He has published widely in the field of modern Russian literature and film. 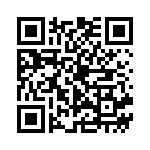