This book is so lacking in sensationalism: why can't EVERYONE see that an international law against ecocide (the wilful destruction of the environment for financial gain) is need - and quickly? Polly ... Consulter l'avis complet

Polly Higgins is a barrister, international environmental lawyer and activist. She has spoken at various conferences including the Indigenous Peoples Global Summit on Climate Change, Anchorage April 2009, The Talberg Forum, Sweden June 2009 and at the People's Climate Summit during the COP 15 climate negotiations, Copenhagen December 2009. In April 2010 she launched the campaign thisisecocide.com, which has already alerted thousands to the objective of establishing Ecocide as a crime. The Ecologist magazine voted her one of the 'World's Top 10 Visionary Thinkers', and she has recently been nominated as 'The Lawyer for Planet Earth' in the 2010 Performance Awards.Polly Higgins, has been appointed to the Arne Naess Chair for Global Justice and the Environment at the Centre for Development and the Environment (SUM), an international research institution at the University of Oslo, which promotes scholarly work on the challenges and dilemmas posed by sustainable development. Previous holders include James Lovelock and Stephan Harding.At Rio+20 the Press were supportive of the Eradicate Ecocide campaign - the BBC wrote a piece about the campaign, Ecocide: a Legal Green High?, and so did The Independent, The Earth's Advocate: Defending our Environment. And Treehugger.com, published the thought-piece Why Outlawing Ecocide is Essential for the Economy 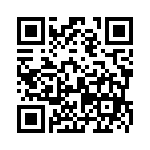