Brian Jenkins is Research Professor in the Department of French at the University of Leeds. His doctoral thesis was on the Paris riots of February 6th 1934, and he has recently returned to the study of the French extreme Right between the world wars. He has also written extensively on French nationalism, and on theories of nationalism, notably as the author of Nationalism in France: Class and Nation since 1789 (1990) and as co-editor of Nation and Identity in Contemporary Europe (1996). He is co-editor of the Journal of Contemporary European Studies. 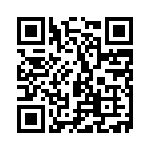