Gwyneth Kate Paltrow was born September 27, 1972 in Los Angeles, Ca. She was raised in Santa Monica, where she attended Crossroads School, before moving and enrolling in The Spence School, a private girls' school in New York City. Later, she briefly studied art history at the University of California, Santa Barbara, before dropping out to act. Paltrow made her professional stage debut in 1990. Her film debut followed the next year with Shout, starring John Travolta; later that year, she appeared in Hook, as the young Wendy Darling. Paltrow then had minor roles in Malice and Flesh and Bone. She was next cast in a supporting role in Se7en alongside Brad Pitt and Morgan Freeman, which earned her a Satellite Award nomination. In 1996, she played the title character in Emma to critical acclaim. In 1998, Paltrow starred in Shakespeare in Love, portraying the fictional lover of William Shakespeare, played by Joseph Fiennes. The film earned more than US$100 million in box office receipts in the United States and Paltrow gained critical acclaim for her portrayal. The award-winning Shakespeare in Love earned Paltrow the award for Outstanding Performance by a Female Actor in a Leading Role from the Screen Actors Guild and the Academy Award for Best Actress, among other honors. In 1999, Paltrow co-starred in The Talented Mr. Ripley, which earned $80 million domestically and received positive reviews. She showcased her singing ability in 2000's Duets, which was directed by her father and co-starred singer Huey Lewis. in 2010, she appeared in the musical, Country Strong, where she also recorded the song Country Strong for the films' soundtrack. The song was released to country radio in August 2010. At the 83rd Academy Awards, Paltrow performed the song "Coming Home" from the film which was nominated for Best Original Song. Gwyneth Paltrow has authored a book entitled My Father's Daughter: Delicious, Easy Recipes for Celebrating Family and Togetherness which made the Publisher's Weekly Bestseller List for 2011. Her title It's All Good made The New York Times Best Seller List for 2013. 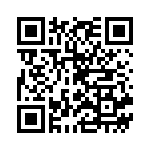