Page 1 - Invented tradition" is taken to mean a set of practices, normally governed by overtly or tacitly accepted rules and of a ritual or symbolic nature, which seek to inculcate certain values and norms of behavior by repetition, which automatically implies continuity with the past.
Cité dans 92 livres de 1934 ŕ 2008
Page 8 - Gender is one of the recurrent references by which political power has been conceived, legitimated, and criticized.
Cité dans 22 livres de 1989 ŕ 2008
Plus
Page v - Victoria E. Bonnell, Iconography of Power: Soviet Political Posters under Lenin and Stalin (Berkeley: University of California Press, 1997); and Steven White, The Bolshevik Poster (New Haven: Yale University Press, 1988).
Cité dans 34 livres de 1968 ŕ 2007
Moins

Victoria E. Bonnell is Professor of Sociology and Chair of the Center for Slavic and East European Studies at the University of California, Berkeley. She is the author of Roots of Rebellion: Workers' Politics and Organizations in St. Petersburg and Moscow, 1900-1914 (California, 1983) and the editor of The Russian Worker: Life and Labor under the Tsarist Regime (California, 1983). 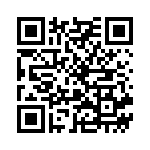