Syed Saleem Shahzad (1970-2011) was an investigative reporter who worked as Pakistan Bureau Chief at Asia Times Online. His persistence, courage, and reputation allowed him unparalleled access to leaders and fighters in Islamic movements, enabling him to secure interviews with figures such as Al-Qaeda commander, Ilyas Kashmiri. He had been both a hostage and a guest of the Taliban, which gave him a unique insight into the organization's internal structures. He was abducted and killed in Pakistan in May 2011. He left a wife and three children aged 7, 12, and 14. 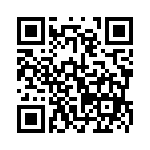