MARIA R. RIPPON is Visiting Professor of Spanish at The Citadel, the Military College of South Carolina 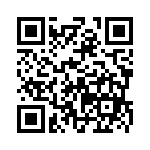