Antonio Giustozzi has spent more than a decade visiting, researching, and writing on Afghanistan. He is based at the Crisis States Research Centre at the London School of Economics, where he focuses on the political aspects of insurgency and warlordism. His most recent book is War, Politics and Society in Afghanistan, 1978-92. 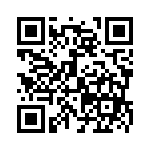