Rhonda Byrne was born on March 12, 1951. Her best known work is The Secret, a self-help book and movie. Her other works include The Power and The Magic. She was also a producer for Sensing Murder and worked on the Australian television series World's Greatest Commercials and Marry Me. Her title Hero made The New York Times Best Seller List in 2013. 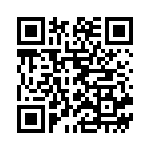