Terry Eagleton received a Ph.D from Cambridge University. He is a literary critic and a writer. He has written about 50 books including Shakespeare and Society, Criticism and Ideology, The Ideology of the Aesthetic, Literary Theory, The Illusions of Postmodernism, Why Marx Was Right, The Event of Literature, and Across the Pond: An Englishman's View of America. He wrote a novel entitled Saints and Scholars, several plays including Saint Oscar, and a memoir entitled The Gatekeeper. He is also the chair in English literature in Lancaster University's department of English and creative writing. 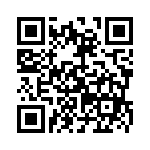