Justin Hargreaves obtained his PhD from the University of Liverpool in 1990, holding subsequent postdoctoral positions at ETH Zurich and at the University of Liverpool. From 1994-2000, he was a Senior Research Fellow at Nottingham Trent University, and from 2001-2002 a Principal Scientist at the Leverhulme Centre for Innovative Catalysis. In 2002, he took up his current position as Lecturer at the Department of Chemistry, University of Glasgow. He became Senior Lecturer in 2006. His research interests centre upon the elucidation of structure-activity relationships in heterogeneous catalysis, particularly for oxidation and alkane activation reactions, and have resulted in the publication of ca 55 papers to date. He has served as Honorary Secretary of the Royal Society of Chemistry's Surface Reactivity and Catalysis subject group (1998-2002) and was a member of the Faraday Council (2000-2003). He is currently a committee member of the Royal Society of Chemistry's Thermal Methods Group. Since 2004, he has been a member of the Council of the International Association of Catalysis Societies.

S. David Jackson obtained his Ph.D. from the University of Glasgow in 1979. He was an ICI postdoctoral research fellow at the University of Hull for three years before joining ICI plc in 1982. For the next 18 years Professor Jackson was a senior scientist with ICI, his last role was that of Synetix RT&E Group, Strategic Technology Manager, which had a remit for the development of new science areas. He joined the University of Glasgow in 2000 as Professor of Catalysis Science. His research interests lie in the areas of metal catalysed hydrogenation, heterogeneous catalysis in fine chemicals synthesis, catalyst deactivation, dehydrogenation and adsorption. He has over 140 publications in the area of catalysis, and is author of 13 patents. He is currently a member of the Editorial Board of Current Topics in Catalysis and was a member of the Editorial Board of Applied Catalysis A, from 2004-2007. He has served as treasurer (2005-2007) and secretary (2003-2005) of the European Federation of Catalysis Societies and is currently chairman of the Royal Society of Chemistry's Surface Reactivity and Catalysis subject group. 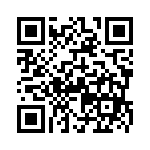