Don't you hate it when you infiltrate the enemies spy service and then they send you to find and arrest yourself? Well that really happened to this British diplomat who spent a significant amount of ... Consulter l'avis complet

A stirring tale of boys own courage from a different age. Particular amusing when he is recruited by the Cheka to search for himself. Remarkable be died only forty years ago. Consulter l'avis complet

Frederick Bailey was a British explorer and secret agent, considered by many to be the last true player in the Great Game. In 1904, as a Tibetan-speaking subaltern, he had ridden into the forbidden city of Lhasa as a member of a team to investigate reports of a Russian presence there. Later, his
travels in Tibet and China earned him the highly prized gold explorer's medal of the Royal Geographical Society. Between 1905 and 1909 he served as a British Trade Agent--really a cover for political intelligence work--at Gyantse in southern Tibet. Later he accompanied a British punitive expedition
into northern Assam as its intelligence officer, and was awarded the coveted MacGregor Medal for explorations contributing to the defence of India. During the First World War he was posted as an intelligence officer to Shushtar in Persia, and in 1918 returned to India to undertake the secret
mission into Central Asia which is the subject of this book. 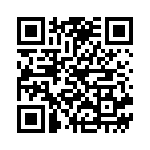