Ronald Inglehart is Professor of Political Science and Program Director at the Institute for Social Research at the University of Michigan. Among his books are The Silent Revolution: Changing Values and Political Styles among Western Publics and Culture Shift in Advanced Industrial Society, both published by Princeton University Press. 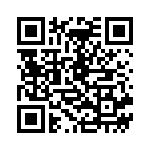