Amnon Shiloah is professor of musicology at The Hebrew University of Jerusalem. He is the author of several books, including The Performance of Jewish and Arab Music in Israel Today, Vols. 1 and 2 (Gordon and Breach Publishing Group, 1997), The Dimension of Music in Islamic and Jewish Culture (Ashgate Publishing Company, 1993), and Jewish Musical Traditions (Wayne State University Press, 1992). 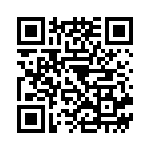