Philip MacDougall was formerly a Lecturer in the Department of Economic History at the University of Kent. He is the author and editor of several books on maritime history, including The Naval Mutinies of 1797 (Boydell, 2011), Naval Resistance to Britain's Growing Power in India, 1660-1800 (Boydell, 2014) and Islamic Seapower during the Age of Fighting Sail (Boydell, 2017). 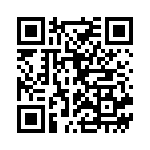