Douglas Scott Brookes teaches Ottoman Turkish at the University of California, Berkeley. He is author of Harem Ghosts: What One Cemetery Can Tell Us About the Ottoman Empire and The Concubine, the Princess, and the Teacher: Voices from the Ottoman Harem. 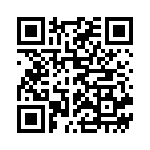