Daniel Gaxie is a political sociologist and Professor of political science at the University of Paris 1 Panthéon-Sorbonne. He has conducted extensive research on political participation, attitudes and behaviour, elites, institutions and public policies. As well as his involvement in the INTUNE and Eurelites projects he is known for his book Le cens caché (The Hidden Disfranchisement) first published in 1978.

Nicolas Hubé is Assistant Professor of Political Science and Deputy-Dean of the Political Science Department at the University of Paris 1 Panthéon-Sorbonne. As well as his involvement in the INTUNE project, his research interests include the use and misuse of polls in political life and communication in EU institutions. He has published in Perspectives on European Politics and Society.
Jay Rowell is a full-time researcher in sociology at the French National Centre for Scientific Research (CNRS) and director of the Centre for European Political Sociology (GSPE) at the University of Strasbourg. His research focuses in particular on disability policy and the uses of statistical instruments in the European polity. He has recently published with A. Campana and E. Henry, La construction des problčmes publics en Europe, Presses Universitaires de Strasbourg, 2007 and with M. Mangenot , A political sociology of Europe. Reassessing Constructivism, Manchester University Press, 2010 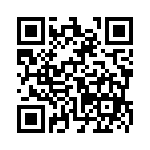