Denis Piat was born in Mauritius in 1943. He began his career in air transport, travel and tourism in 1963. After launching two companies in this industry on behalf of Mauritian business groups, he was recruited in 1978 as the Director of Kenya Airways in France, where he was in charge of its Paris office until 1998. Piat has been interested in the history of his native island since he was a young boy. During his time in Mauritius, he started a collection of old and rare books on Mauritius. After moving to Paris, he continued to enrich his collection, extending his research to antiquarian lithoprints, etchings and maps. Eager to share his passion, Piat assembled the materials into a book, Mauritius: On the Spice Route 1598-1810, which was published in English in 2010. 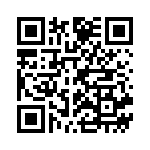