Delite for the tastebuds

I bought this book while looking for recipes from my childhood that I could share with my own kids. It has many of my favorites that my Mom or Granma would make for me & my sisters. I've started new family with my kids and have bought this book, (7X), for them and my siblings. Consulter l'avis complet

I haven't yet made a dish from this cookbook that I didn't like. I have other Russian cookbooks (po russki) that are more "authentic", but this one is easier to follow and is just plain fun to read. Consulter l'avis complet

Like most of the culinary world, food and travel writer Anya von Bremzen has Spain on the brain. But unlike those who have recently discovered Spain's sophisticated flavors and innovative charms, Anya has spent the last 10 years writing about Spanish cuisine and culture. A contributing editor at Travel + Leisure, she has pioneered Spanish cuisine in publications like Food & Wine, Departures, Conde Nast Traveler and the LA Times.

In her latest tour de force, The New Spanish Table, Anya reveals the Spain she knows and loves, peppering delicious recipes with historical tidbits, cooking hints and true Spanish hospitality.
In addition to The New Spanish Table, Anya is the author of four ethnic cookbooks, including the James Beard Award-winning Please to the Table: The Russian Cookbook, Terrific Pacific Cookbook, The Greatest Dishes!: Around the World in 80 Recipes, and Fiesta! A Celebration of Latin Hospitality, which won Anya her second Beard award.

When she's not in Spain or traveling to some exotic locale to try a new restaurant, Anya lives in New York City.

John Welchman, who is also the co-author of Please to the Table: The Russian Cookbook, is an art historian and travel writer whose articles have appeared in The New York Times, International Herald Tribune, The Village Voice, The Economist, and Artforum. He is a professor of art history at the University of California, San Diego. 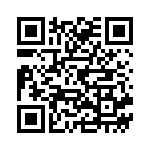