During a 40-year media career, Sean Hillen has been war correspondent, medical reporter, arts reviewer, travel writer, editor, publisher and author, as well as media trainer and creative writing coach with Ireland Writing Retreat. Born in Belfast, northern Ireland, he wrote for Belfast Telegraph newspapers and The Irish Times before emigrating to the United States to work at the United Nations Media Center in New York. He moved to the Midwest with Scripps Howard Broadcasting, now an NBC-affiliate, and then The Kansas City Times, becoming the daily newspaper's health and science correspondent. Sean's writings have also appeared in other newspapers including Time magazine, The Wall Street Journal, the Daily Mail, The Sunday Times, The Sunday Business Post, as well as specialized publications such as American Medical News, the national newspaper of the American Medical Association, American Nurse, national magazine of the American Nurses Association, and Nursing Times in England. After winning regional and national journalism awards, Sean left the US for Eastern Europe immediately after the fall of the Berlin Wall in 1989 as a volunteer with the Human Rights League to establish the first post-Communist journalism schools in Romania. This led to him working with international aid agencies such as the British Council, United Nations Development Fund, Soros Foundation, Rockefeller Foundation and the US Agency for International Development (USAID). He was a foreign correspondent for The Times and The Daily Telegraph, London, before establishing his own national publishing and events company based in Bucharest for 15 years. Reflecting his achievements in academics - including two postgraduate degrees in economics and journalism - Sean was elected chairperson of the US Fulbright Commission in Romania, a position he held for four years. He was also honored by the President of Romania for launching the nation's first-ever Corporate Citizen, Civic Journalism and Community Service Awards. Sean's other books include a guide to media training and a light-hearted, intra-country travelogue entitled 'Digging for Dracula.' His travel writings can be found at Worlditineraries.co and JustLuxe.com Sean shares his life with his Transylvanian wife, Columbia, and two enchanting collies, Siog ('fairy' in Irish) and Lugh (the Celtic Sun God) in the 'Forgotten County' of Donegal, a northwestern region boasting the most awe-inspiring landscapes on Ireland's 'Wild Atlantic Way.' 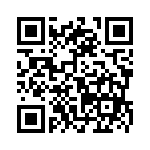