I divide the book into two parts: (a) chapters 1-7, 9-11 and (b) the other chapters. Both parts are of approximately equal size. Part (a) is a very understandable introduction into the Schrödinger ... Consulter l'avis complet

David A. B. Miller received the B.Sc. degree from St Andrews University, and, in 1979, the Ph.D. degree from Heriot-Watt University, both in Physics. He was with Bell Laboratories from 1981 to 1996, as a department head from 1987, latterly of the Advanced Photonics Research Department. He is currently the W. M. Keck Professor of Electrical Engineering, the Director of the Solid State and Photonics Laboratory, and a Co-Director of the Stanford Photonics Research Center at Stanford University, Stanford, California, USA. His research interests include physics and devices in nanophotonics, nanometallics, and quantum-well optoelectronics, and fundamentals and applications of optics in information sensing, switching, and processing. He has published more than 200 scientific papers, holds 62 patents, is a Fellow of OSA, IEEE, APS, and the Royal Societies of Edinburgh and London, holds honorary degrees from the Vrije Universiteit Brussel and Heriot-Watt University, and has received numerous awards. 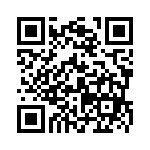