As bizarre as it seems, artist Salvador Dali designed a "fun house" for the 1939 New York World's Fair. Entitled "Dream of Venus," it was a cross between a surrealist fantasy world and a nudie show ... Consulter l'avis complet

Salvador Dali's Dream of Venus: The Surrealist Funhouse from the 1939 World's Fair

The 1939 World's Fair in New York celebrated Art Deco design and provided a vision of a technology-driven future. Yet a funhouse designed by Salvador Dali provided a truly surreal experience for ... Consulter l'avis complet

Ingrid Schaffner is senior curator at the Institute of Contemporary Art in Philadelphia. She is the author of several books, including Essential Series monographs on Picasso, Matisse, Warhol, and Man Ray. She lives in New York City. 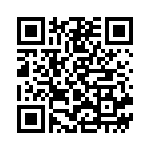