Joan Johnson-Freese is professor and chair of the Department of National Security Decision-Making at the Naval War College in Newport, Rhode Island. She has been studying and writing about space issues for more than twenty years, and her many books include Changing Patterns of International Cooperation in Space and, with Roger Handberg, Space, the Dormant Frontier: Changing the Paradigm for the Twenty-First Century. 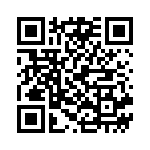