I don’t know about Twelfth Night vibes, but Stormrise definitely channels its inner Mulan. In fact, it’s fair to say that this is pretty much a retelling of that story, with dragon lore involved. If ... Consulter l'avis complet

Stormrise delivers the classic girl-warrior-in-disguise story...with dragons. Rain is confident and conscientious, and her story is brought to life through quiet world-building. Anyone familiar with Mulan won't be surprised by the story arc, but that's small potatoes. Consulter l'avis complet

JILLIAN BOEHME is known to the online writing community as Authoress, hostess of Miss Snark’s First Victim, a blog for aspiring authors. In real life, she holds a degree in Music Education, sings with the Nashville Symphony Chorus, and homeschools her remaining youngster-at-home. She’s still crazy in love with her husband of more than thirty years and is happy to be surrounded by family and friends amid the rolling knolls of Middle Tennessee. Stormrise is Boehme's debut novel. 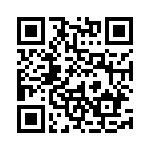