This book is a bit uneven. I got the impression that at least some of the chapters had originally been written as separate pieces because the general argument seemed to lose traction every now and ... Consulter l'avis complet 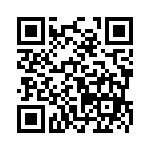