the reviewer below, (lunza) is totally right about the laundry list. I went to A, called B, signed on for C on a matter of principle! It could be due to my younger relative age ('83) that i found ... Consulter l'avis complet

Margaret Thatcher born October 13, 1925, died on April 8, 2013. Margaret Thatcher was known as Britian's "Iron Lady." She was the the first woman ever to serve as Prime Minister of Great Britain; she served from 1979 to 1990 as leader of the Conservative Party, the longest-running prime minister of the 20th Century. During her time as prime minister, she focused on the characteristics of moral absolutism, nationalism, and the rights of the individual versus that of the state --- declaring, "There is no such thing as society" in 1987. Thatcher had a close working relationship with U.S. President Reagan, with whom she shared similar conservative views. Many saw her as the British counterpart to American "Reaganomics." Thatcher was born Margaret Hilda Roberts Oct. 13, 1925 in Grantham, England. She attended Somerville College, Oxford, where she studied chemistry. In 1953, she practiced law as a tax attorney. In 1959 she was elected to Britain's House of Commons --- she was its youngest female member. In 1970, when the Conservatives took power, she was made Britain's secretary of state for education and science. In 1975, she was chosen to lead the Conservatives, and she became the prime minister in 1979. In 1984, she narrowly escaped being killed when the IRA bombed her hotel during a party conference. The morning after, she convened the conference as scheduled. Thatcher authored many books in her lifetime; In Her Own Words contains some of her greatest speeches. In Path to Power, she wrote about the influences that shaped her early life, and in The Downing Street Years she wrote about the details of her years as prime minister. In her 2002 book, Statecraft: Strategies for a Changing World, Thatcher outlines her thoughts for political power and planning in the age of globalism. On a personal note, she married Denis Thatcher on December 13, 1951, and their marriage lasted for nearly 52 years until his death in June 2003. In 2002 she suffered a stroke; on the morning of April 8, 2013, she had her final stroke and died in her sleep. 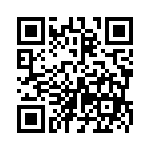