Michael A. Palmer, Ph.D., is chair of the history department at East Carolina University. Formerly he worked at the Naval Historical Center and was a field historian during the Persian Gulf War. During Operation Desert Shield he worked for the Chief of Naval Operations’ (OPNAV) Strategic Concepts Group in the Pentagon. He is an award-winning author of ten books. 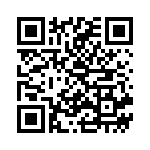