This book, and in particular the essay opening the collection, “About 5,750 Words” is famous (I wouldn’t know whether justly or not) for being the first attempt to define Science Fiction not by way of ... Consulter l'avis complet

Samuel R. Delany published his first novel, The Jewels of Aptor, at the age of twenty. Throughout his storied career, he has received four Nebula Awards and two Hugo Awards, and in 2008 his novel Dark Reflections won the Stonewall Book Award. He was inducted into the Science Fiction and Fantasy Hall of Fame in 2002, named a Grand Master by the Science Fiction Writers of America in 2014, and in 2016 was inducted into the New York State Writers Hall of Fame. Delany’s works also extend into memoir, criticism, and essays on sexuality and society. After many years as a professor of English and creative writing and director of the graduate creative writing program at Temple University, he retired from teaching in 2015. He lives in Philadelphia with his partner, Dennis Rickett. 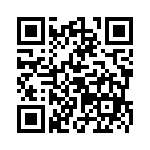