Ernst H. Kantorowicz taught at the University of California, Berkeley and was a member of the Institute for Advanced Study, Princeton, New Jersey. His books include Frederick the Second and Selected Studies. 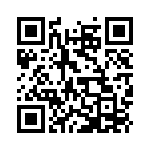