VLADIMIR SHLAPENTOKH is a Professor in the Department of Sociology and Community Health Science at Michigan State University. He is the author of thirteen books published in the former Soviet Union, and many more in the United States, including Love, Marriage and Friendship in the Soviet Union (Praeger, 1984), Soviet Public Opinion (Praeger, 1986), and Soviet Ideologies (Praeger, 1988). 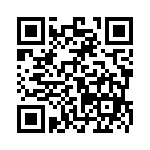