Mahnaz Shirali is a professor at the Paris School of Business, France and the author of Iranian Youth, A Generation in Crisis, Between Islam and Democracy, and The Curse of the Religious. 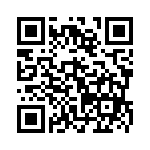