J. A. Cover is professor of philosophy at Purdue University. Leaving a research post after completing a B.S. in biochemistry and biophysics at the University of California, Davis, he took a B.A. in philosophy at Syracuse University, where he later received his M.A. and Ph.D. Published widely in journals and books on issues in early modern philosophy, metaphysics, and philosophy of science, he is coeditor of Central Themes in Early Modern Philosophy (Hackett, 1990), coauthor of Theories of Knowledge and Reality, Second Edition (McGraw-Hill, 1994), coauthor of Leibniz on Substance and Individuation (Cambridge, 1999), and coeditor of Leibniz: Nature and Freedom (Oxford, 2005). 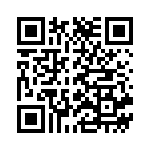