A terrific story, well told. I read it at breakneck speed. There are one or two clunky sentences, but I think we can forgive him as overall it is well written, if a little manipulative. Throughout he ... Consulter l'avis complet

An interesting story about the decades long creation of the Oxford English Dictionary (OED), which relied on contributors -- one of whom happened to have been an American in an English asylum ... Consulter l'avis complet

Simon Winchester is the acclaimed author of many books, including The Professor and the Madman, The Man Who Loved China, A Crack in the Edge of the World, and Krakatoa. Those books were New York Times bestsellers and appeared on numerous best and notable lists. In 2006, Mr. Winchester was made an officer of the Order of the British Empire (OBE) by her Majesty the Queen. He lives in Manhattan and in western Massachusetts. 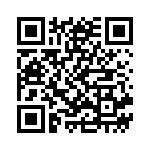