For class. An examination of the problems of modern democracy, and attempts to define and separate the 'state' and the 'public', noting that the earliest democratic institutions were organized around ... Consulter l'avis complet

Reading this book reminded me why I'm not a poli-sci or sociology major. It's not that there was anything awful about the book, it's just not my 'cup o tea' as it were. The book is actually a ... Consulter l'avis complet 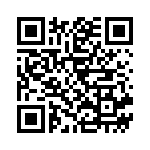