This has been on my kindle for a long time and I finally got it read. This is a western in the tradition of McMurtry and McCarthy. Interesting idea, the author wanted to write about the creation myth ... Consulter l'avis complet

Wow. I'm exhausted. I LOVED the parts with Eli/Tiehteti. The descriptions of life with the Comanches was so vividly written- I hated when those chapters ended. This book jumped between so many characters and time frames that it was work to read and then suddenly, it was over- for everyone. Consulter l'avis complet

Philipp Meyer grew up in Baltimore, dropped out of high school and attended Cornell, where he studied English. Since graduating, Meyer has worked as a derivatives trader and a construction worker. His writing has been published in McSweeney's, The Iowa Review, Salon, and New Stories from the South. From 2005-2008 Meyer was a fellow at the Michener Center for Writers in Austin, Texas. He lives near Ithaca in New York State. 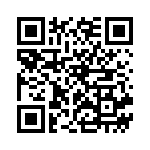