In 1968, lone sailor Donald Crowhurst on his trimaran Teignmouth Electron was supposed to be sailing home to a heroes welcome in England having won a highly publicized around the world race. Instead ... Consulter l'avis complet

A good read about the infamous Crowhurst mystery and an interesting insight into his character. His lack of preparation and readiness for the challenge ahead in all areas are obvious in the book ... Consulter l'avis complet 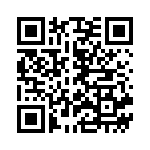