THERE'S NO SUCH THING AS FREE SPEECH: And It's a Good Thing, Too

Very fine and thought-provoking collection of essays, though there is some repetition between the pieces. Admirable writing, a concision and clarity only rarely encountered outside of Strunk and White ... Consulter l'avis complet

Stanley Fish is Arts and Sciences Professor of English and Professor of Law at Duke University. A founder of Reader Response Theory, he is the author of many books, including Surprised by Sin, Self-Consuming Artifacts, Is There a Text in this Class?, and Doing What Comes Naturally. 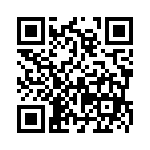