Barry Lewis received his Ph.D. from the University of Illinois at Urbana-Champaign, where he is currently a Professor Emeritus of Anthropology. During his 27-year tenure as a professor at the University of Illinois, he taught courses on introductory archaeology, quantitative methods in archaeology, geographic information systems, and social science research methods. He has published extensively on his research concerning late prehistoric Native American towns and villages in the southeastern United States. His recent research centers on the archaeology and history of early modern kingdoms and chiefdoms in South India.

Robert Jurmain received an A.B. in Anthropology from UCLA and a Ph.D. in Biological Anthropology from Harvard. He taught at San Jose State University from 1975 to 2004 and is now professor emeritus. During his teaching career, he taught courses in all major branches of physical anthropology, including osteology and human evolution, with the greatest concentration in general education teaching for introductory students. His research interests are skeletal biology of humans and non-human primates, paleopathology, and paleoanthropology. In addition to his three textbooks, which together have appeared in 35 editions, he is the author of STORIES FROM THE SKELETON: BEHAVIORAL RECONSTRUCTION IN HUMAN OSTEOLOGY (1999, Gordon Breach Publishers), as well as numerous articles in research journals.

Lynn Kilgore earned her Ph.D. from the University of Colorado, Boulder, where she now holds an affiliate faculty position. Her primary research interests are osteology and paleopathology. She has taught numerous undergraduate and graduate courses in human osteology, primate behavior, human heredity and evolution, and general physical anthropology. Her research focuses on developmental defects as well as on disease and trauma in human and great ape skeletons. 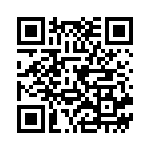