Jean-Michel Palmier was Professor of Aesthetics at Université Paris I, specializing in German artistic movements of the 1920s and 30s. He is the author of, among other works, L'Expressionnisme et les arts and Retour ŕ Berlin. Weimar in Exile was awarded the Prix Eugčne Piccard for a work of modern history by the Académie Française. 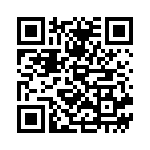