Sheila Rowbotham is Honorary Research Fellow in Sociology in the School of Social Sciences within the Faculty of Humanities at Manchester University and Visiting Fellow in the School of Sociology, Politics and International Studies at the University of Bristol. She is also a Fellow of the Royal Society of Arts. Her many books include the James Tait Black–shortlisted Edward Carpenter: A Life of Liberty and Love, A Century of Women: The History of Women in Britain and the United States in the Twentieth Century, Promise Of A Dream: Remembering the Sixties, and Dreamers of a New Day: Women Who Invented the Twentieth Century. She has written for, among other newspapers, the Guardian, The Times, The Independent, New Statesman, and The New York Times. She lives in Manchester. 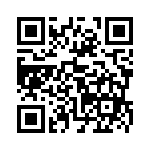